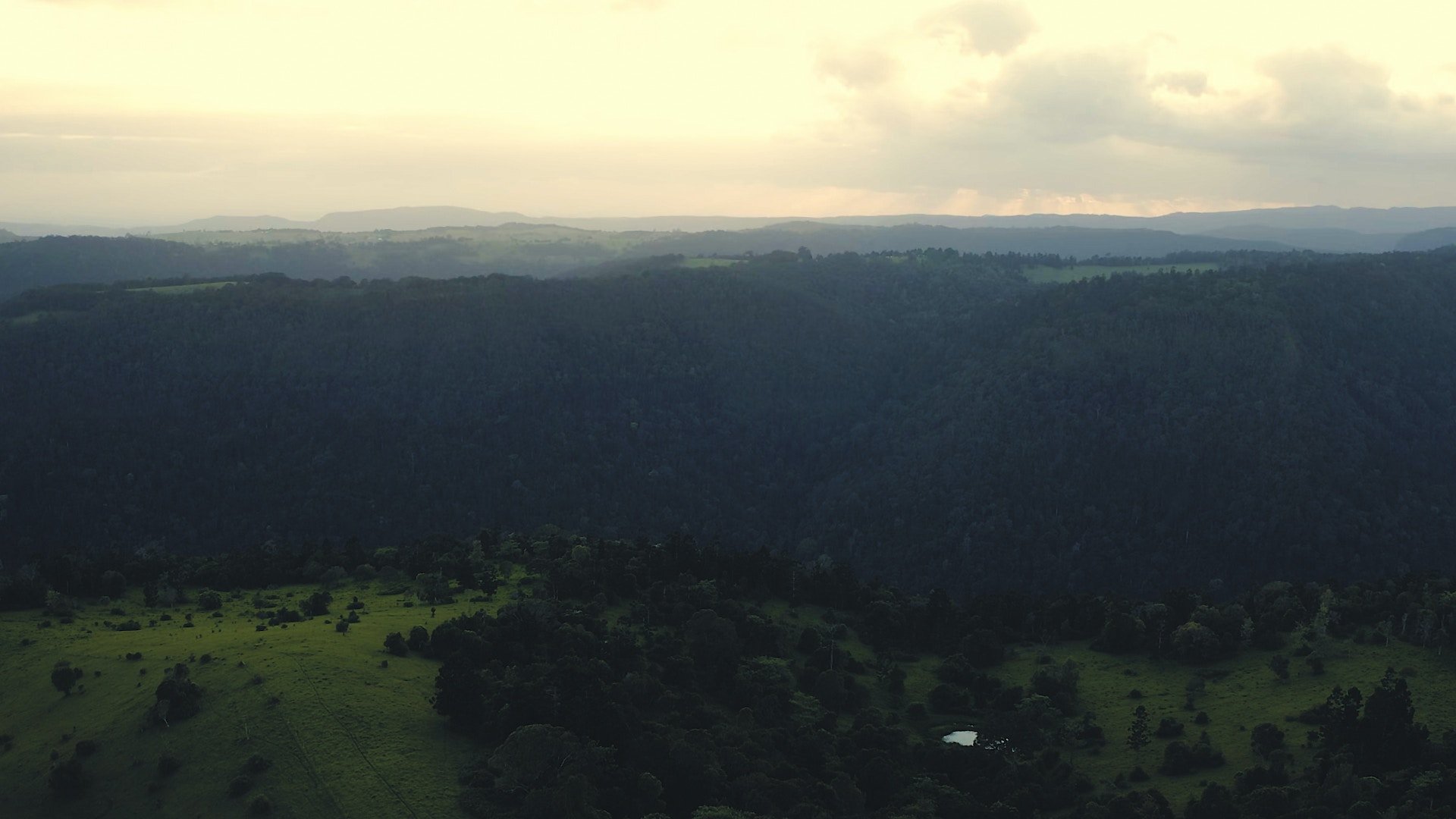 Until recently, I worked at a marketing and events company that frequently required me to travel for the primary client I worked with – Michelin. This job took me to some of the most beautiful places in the states. From Monterey, California to South Burlington, Vermont, I was blessed to see places I otherwise wouldn’t. During some of these trips, I had a ‘side-gig’ that I would do – I would step into a big, very un-air-conditioned suit that, once inflated, became the Michelin Man. Besides the fact that it was like stepping into an oven, I loved being the Michelin Man. Everyone loves the Michelin Man. He’s fat, fluffy, and friendly and he’s actually one of the most recognizable icons in the world. When I was in the suit, everyone wanted to come up and get a picture, hug, or high-five with the Michelin Man. And I say Michelin Man instead of ‘me’ because here’s the harsh reality – that wasn’t me. Once I got out of the suit, nobody wanted to run up to me for a photo, high-five, or pass their baby to me for a photo (yes that actually happened). Honestly, it was a bit of a bummer because when I got out of the suit, the people that I was just high-fiving and hugging would walk by me like they never knew me – which they didn’t.  So I would have to wait until the next time I was in the suit to feel accepted by people again.

Now that story is obviously a bit hyperbolic, but the truth of this story is this – that is exactly what I, and a lot of others, do with life.

I grew up in church. I don’t mean that as an exaggeration – my parents were very involved in church and some of my earliest memories were being at the church early in the morning and late at night on Sundays and Wednesdays. Naturally, as I grew up, I also became heavily involved in church and with my youth group. I was a leader in our youth group, I played and led music on Sunday mornings in ‘big church’ – I knew all the right things (and the wrong things…) to do and say. Throughout high school, I can honestly say that I spent the majority of my time at the church or with the friends I went to church with than I did at my own home. I didn’t know it at the time, but I was building my foundation of faith on what I could do with the music I was gifted with and the people I was around.

But then – it was time for me to go to college. I went to the University of South Carolina and I kid you not, within the first fifteen days of my college life, I had a crisis of faith on my hands. I had moved away from my community, my home, my church, my family and now I found myself in a swarm of 30,000+ students two hours away from home. I can vividly remember sitting on a park bench with Rebekah about how my life was crumbling. Nobody cared one iota if I was a Christian, on the worship team, if I could sing, if I knew the answers. At the end of the day, nobody cared about what I did. The rug was pulled out from under me. I had nobody to be the ‘Michelin Man’ for and in one fell swoop, my foundation was cracked. I can now look back and realize that the cause of this crisis was rooted in this: my identity was not found in God.

If an identity in talent and works doesn’t last, where can we find a surer identity? Paul looks at what true identity is in Romans 8:1-18. This passage explains who we are not, who Christ is, and who we are in Christ.

Verse one immediately liberates us and informs us that if we are in Christ Jesus, we are exempt from condemnation. That alone is worth pausing and thanking God for. The Spirit of Life has set us free in Christ Jesus from the law of sin and death. To look deeper into this, the ‘law’ Paul is referring to that we’re set free from is that law that had to be kept in the Old Testament. This was an extensive list of do’s and don’ts that nobody could ever honestly keep. Just as I knew what to do and what not to do, the Old Testament law was that on steroids. The law often gets a bad rap, but honestly it was in place to set apart those who followed God at the time. But it was impossible to keep, everyone knew it was impossible to keep, and so sacrifices had to be made to God to have their sins forgiven (see the entire book of Leviticus). Fast forward to about 2000 years ago and in comes Jesus Christ sent by His Father. Jesus is the perfect and holy One (Romans 8:3-4) who fulfills the law in the flesh, which nobody else could do – sorry Pharisees. He died on the cross for our sins, removed our need for animal sacrifices as the ultimate sacrifice, raised from the dead, defeated death forever, ascended to heaven and sent the Holy Spirit (Acts 2). Those who are in Christ Jesus (verse one) now have that Spirit – the very same Spirit of Christ that died and conquered death. We’re free because of Christ’s sacrifice.

Building New Purpose on the Foundation:

Unfortunately, we live in a broken world – even after Christ’s death and resurrection. One of my favorite analogies for our world after Christ looks back to World War II. June 6th marked the 76th year since D-Day – the day the Allied troops stormed the beaches of Normandy and defeated the Axis powers. While the war was certainly not over, after D-Day everyone knew the Allied powers had won. However, it wasn’t until September 2, 1945 that WWII was officially over – ‘V-Day.’ Between D-Day and V-day, battles were fought, lives lost, and blood shed. But in the space between June 6th, 1944 and September 2, 1945, the Allied powers were fighting from a place of victory.  And that’s where we are. We’re in the ‘in-between.’ Christ on the cross was our D-Day. Death was arrested. Jesus was victorious but our V-Day hasn’t happened yet. V-Day will be our glorification when we are reunited with Christ.

So what does that mean for us? Well, it means we still have a battle to fight. And that fight is hashed out in verses five through eight. We are to submit to God by not focusing on things of the flesh but the things of the Spirit – for that pleases God and brings Him glory. We are called to bring God glory and seek and save the lost. And when that can be grasped and the things of the flesh can be forsaken – we start to look like Jesus.

Who We ARE NOT:

As we continue to read Romans 8:9-11, we reach our key point that will shatter our entire cultural worldview. We are dead without Christ. Dead. What can a dead man do? Last I checked – absolutely nothing. And this is where the collision happens. It’s 2020 – we can be whoever we want – “you do you.” The only problem with that is that there is no you without Christ. We cannot buy into the world’s definition of self-worth because at the end of the day, we’re not worthy to untie the straps of Christ’s sandals (Luke 3:16).

This sounds like doom and gloom, but it’s actually not because verse eleven tells us fantastic news: “If the Spirit of him who raised Jesus from the dead dwells in you, he who raised Christ Jesus from the dead will also give life to your mortal bodies through his Spirit who dwells in you.”  We have life in Christ Jesus. He looked at us before the beginning of time – more than 8 billion of us and took the full justification of the law and sin upon himself to give us life. So now, when God looks at us we are his children. We are children of God – that is our identity. And we have done absolutely nothing to earn that title.

We have an amazing metaphor of the gospel in adoption. Adoption is looking at a child, regardless of their past circumstances, abuse, or behavior and saying, ‘You are mine.’ The child does nothing, and now they are brought into a family. Not only are they brought into the family, they are identified with whoever adopted them. They take on a new last name and beyond that they receive an inheritance.

To put a bow on the whole thing, Romans 8:12-18 tells us that we are the adopted children. We are sons and daughters of Christ who were absolutely dead in sin but were adopted and set free. We suffer with God now on Earth so that one day we’ll be glorified with Him. And when that becomes your identity, everything else fades away. Every false identifier, every ‘I have to do this because I need to be this’ is gone and we can live in total, undignified freedom. Who the Son sets free is free indeed. We are children of God. That comes with responsibilities and it will come with suffering, but oh the glory we can bring our Creator when He can look at us and see that we identify not in what we do, not in what we have done, but in what Christ has done for us. If that is our identity, when God looks at us He sees Christ. And that is far greater than any “Michelin Man” I could ever try to wear.